Read what Jenny says about the race below...

On the 12th of July, I travelled along with many of the best youth cyclists from all over Britain to Paisley to race in the biggest event in the British youth cycling calendar. It was the National Youth Circuit Championships, coming to Scotland for the very first time. It was set to be a great day of racing, on an amazing circuit that had a hill, a fast decent and dozens of fast, tight corners all in the 3 minute lap.

The younger riders raced early in the day, in the sun, but as the under 14s were racing it began to pour with rain. There had been a number of crashes already but there were many more in the rain.

My race was at 2:30pm, and although it had stopped raining, the course was still soaking and potentially very dodgy. So dodgy in fact that the first half lap of my race was neutralised behind a motorbike, to make sure everyone knew the course and weren’t going to go crashing into barriers straight off the start line. Nice idea, but about 400 metres after the motorbike had pulled off, we had the first crash, going around what was being called “crash corner”. One of the girls next to me slid out, took out one of my fellow Scots and I had to do a quick jump over wheels to stay upright and at the front of the race. With another crash just over a lap later, it was going to be an interesting race.

As it was the British champs, the strongest girls weren’t going to let anyone away on an attack, they just weren’t going to take the risk and any attacks were quickly snuffed out. It did seem like it was going to come down to a bunch sprint, with Welsh rider Jess Roberts looking likely to take the win.

Except it was my home champs, or as near as it was going to get, and I didn’t fancy just rolling in to finish somewhere not really worth mentioning. The whole race was 60 minutes plus 3 laps, and with just over 5 laps to go, as we went up the hill, I attacked. I smashed it up the hill, away from everyone and just didn’t look back. I was away for a lap before the group caught me at the bottom of the hill. When we hit crash corner, just half a lap later, I attacked again. This time I was caught on the ramp that rose up to the finish line. With just 4 laps to go, it looked more than ever like it would come down to a sprint.

So going up the hill on the penultimate lap, I took what was very generously called “not only the move of the race, but perhaps the bravest decision of the whole day” by the Scottish Cycling report and attacked for the third time. I didn’t look back but the entire time I was convinced that I would be caught any second. This was the British champs, I was going to put all my effort in here, and if I was caught, there was nothing more I could have done. Except I didn’t get caught. The atmosphere was electric as I came across the line with a lap to go, everyone whether they were a cyclist or just someone who was out and came to watch the race, was shouting and cheering for the Scot who was leading the race.

I kept going and as I came up the final straight I looked behind me for the first time, the bunch were very close and they were sprinting faster than I was riding. But they weren’t close or fast enough and I was able to lift both my hands off the bars to celebrate as I crossed the finish line. The crowd, full of Scots, absolutely exploded into the loudest cheer of the day. I couldn’t believe it, I was the British National Criterium Champion! I got so many hugs after that race I was concerned I would be disqualified because it was taking me so long to get back to the start line to have my gears checked. Then we had the podium presentation. When I was presented with my red, white and blue striped jersey of the British Champion and my gold medal, everyone watching was cheering really loudly.

It was a great moment, one I will never forget, as I crossed the finish line. Results like that don’t come along all that often but every so often they do.

A massive thank you to everyone from Stirling Bike Club and the Warriors for the fantastic support you’ve all given me over the year, it will really have made a difference. 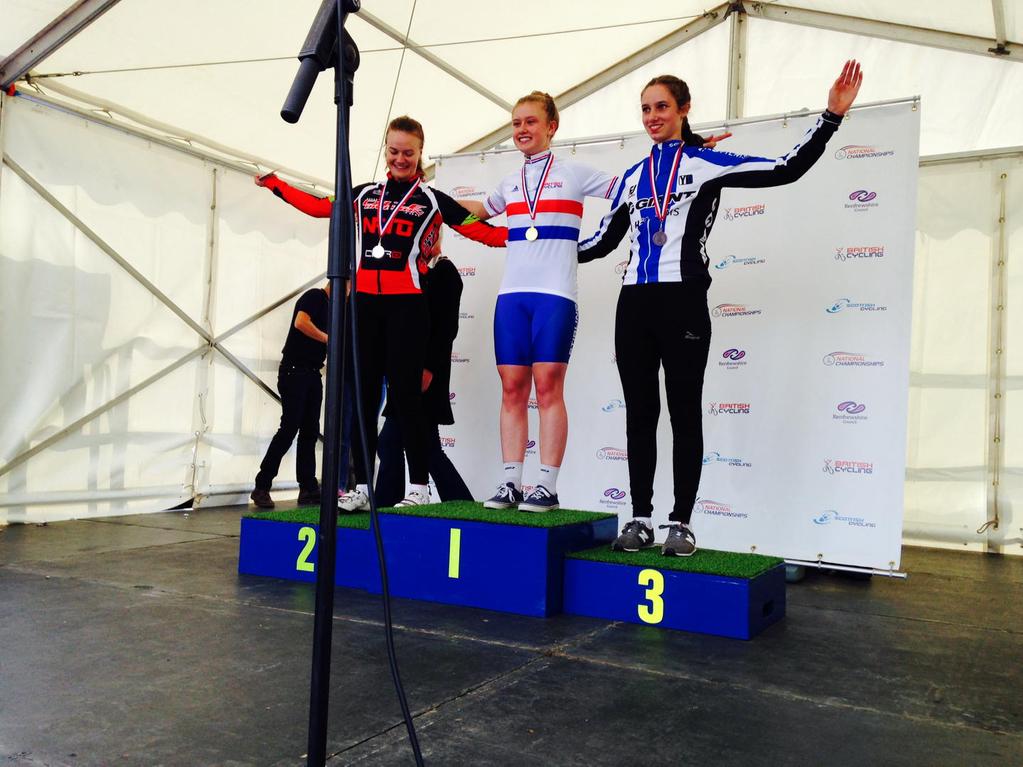